In an effort to be more comprehensive in its overview of the art of poetry, the Society has tasked itself to reappraise the canon and point out what has been overlooked and what is in need of attention or review.  Fitting for a society named after a stage coach robber, the focus will be on the outlaws, the marginalized, the ignored, the eccentric, and forgotten poets and their work.

Poets vital to the progress and renewal of contemporary poetry are being scratched off the guest list of the endless and inane poetry cocktail party (not that they would attend or have anything to wear) as a result of the gentrification, commodification, and corporatization of literature as well as the capitalization of mediocrity.  To remedy this sad state of affairs, The New Black Bart Poetry Society is issuing a challenge to the membership in the form of a request for submissions of essays.  Submission of an essay to the blog automatically confers membership (see Conditions of Parole). 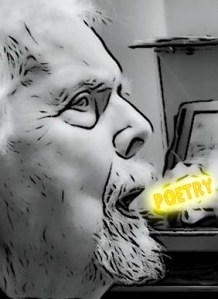 The first challenge is for essays on the subject of Anselm Hollo and his Poetry.  The essays should address the background, uniqueness, and impact of Anselm Hollo and his work on modern American poetry.  Submissions should be in the range of 3K words or less and submitted as an attached word doc with the heading “Hollo Essay Challenge” to nuallainhousepublishers@gmail.com  The resulting essay or essays will be posted on the Society’s blog for hundreds of people to read and perhaps be informed, radicalized, or even outraged (one can only hope).

For those unfamiliar with the poet, below a basic bio and selected biblio.  Anything else is searchable.

For those in need of a kick start, see Ravi Shankar’s review of Notes on the Possibilities and Attractions of Existence in Quarterly Conversation.

Submitted to the Membership
by the Parole Officer 4/18/19

The What If Poem
By Cecelia Belle

What if Odysseus was born in Baltimore and Vasco da Gama got sidetracked inventing what we know as Rubik’s Cube?  What if we either had Doric or Ionic temples at our hair lines and flying buttresses could no longer serve to transmit the lateral forces pushing walls outward?   And we could change the shape of our noses merely by pushing them around?  Pass our hand through a mighty oak as if it was a waterfall?

What if all the flowers on earth grew to the size of Victoria lilies at Longwood Garden, Pennsylvania—overnight?  What if oranges inherit the earth and apples don’t care?  What if Job got the last laugh and ever since comedians only told long, sad stories?  What if Methuselah died young and Noah had been a poet surfer?

What if all therapy is grief counseling and we enter the world suffering from valde melancholicus and when we hear voices in our heads we should invite them into the parlor, move a few pillows, make tea and polite conversation?

What if there were methods of mass construction that could build skyscrapers designed by Calder in every city and Bach’s fugues were like music to our eyes?  And when you looked into a pool and saw hundreds of glittering coins they rose to the surface bursting into a covey of doves?  Every time.  What if we used conch shells for money and there was enough gold for us to lay our hands on?

What if we could turn back the hands of time, would they grow less wrinkled?  Would we end up in a ditch in Bakersfield or be swooning from the alfalfa of Fresno?  Would Edvard Munch be kissing our hand while coughing?  Would we find an asp on our tender breast?  Finally remember where we lost our voice and all those car keys?  What if every time we blinked, we forgot everything and the world became new again?

What if meteors streaking overhead became commonplace and you could dig up stars in your backyard if you knew where to look, or got lucky?

What if raccoons came from bears and rabbits became brave and more and more fish began to come onto the shore and started walking in threesomes towards the woods, suburbs and the cities?

And there had always been, and continue to be an entire race of very little people, using small flowers for tea cups and lamp shades  and fresh mowed grass for bed ticking?

What if it became customary for all of us to greet each other by rolling on the floor or stopping mid-conversation when a siren sounded to howl until it passed us.  What if we shook hands to signal strong disagreement?

What if Tesla was right?  About everything.

What if certain people became magnetized and had trouble walking by metal.  What if everyone in Brooklyn did get up at 6 a.m. to do the Hawaiian number?

What if everyone decided not to make public appearances anymore?  And if scientists invented an anti-glue that could help us all take things apart?  Or if orange juice rose to your mouth of its own free will?  And apples could be found dancing mid-air in the hallways, hoping to avoid lunch?

What if before you got your doctoral degree you had to go through kindergarten again? And then children handed out the diplomas and the valedictorian was awarded a cat, some velvet ribbon, and a set of horse shoes?  And the families of the graduates were asked to stand and dance to the long version of “Jump Around”?

What if Camus’ “The Stranger” was really about that weird guy with a friend that had a cat?  And that play by Oscar Wilde was called “The Seriousness of Being Important”.  And Nietzsche was the guy who wrote “Metamorphosis” —the story of a caterpillar who feared nothing but change.  And F. Scott Fitzgerald never existed.

And the Armory Show of 1913 was celebrated world-wide at parties where people fell down staircases in honor of it?

What if primary colors changed hues and hand puppets roamed the planet at night to steal socks from dryers in an effort to preserve their populations and roses thrived in snow?

What if Amelia Earhart was giving away free samples at Costco in Rohnert Park and Danny Devito was a descendent of Rasputin and millions of California poppies suddenly bloomed and vanished in Siberia never to be heard from again?  And what if cicadas weren’t the only thing to come out of the earth every seventeen years and left-handedness became the new right?

What if all the planets became visible in the day and at night we could tune into the collective unconscious like a radio station.  What if Aunt Marion was right about the cement wall at the end of space and Kepler was wrong?

What if when we petted ponies they gave off perfume and Queen Anne’s’ Lace was made of fabric and thread?  What if every freeway, street and road became a waterway and gondolas were the only way to get around?  What if you actually could think your way out of a box?

What if Newton, Copernicus and Galileo missed some essential points and shit started flying around everywhere?  What if Julius Caesar had learned a good steady trade instead and Adolph Hitler had learned to read and sew and bake bread?

What if the Fibonacci numbers were now off by only one and shells and fingerprints and music all started to look and sound strange?  What if symphony conductors faced us?

What if rain made puppies grow and mud pies began to taste good?  What if we found the place where all the time goes?  What if it is in someone’s attic in Wisconsin?

What if all the clocks and watches in the world disappeared and dark holes and anti-matter could be found in anyone’s pocket?  What if the Song of Circe could be downloaded on YouTube and no one ever went to work again.

What if the Land of Milk and Honey truly was made of that and manna from Heaven could be purchased at Walmart at rolled back prices or for a song, an actual song you would sing, or for a small bit of anti-matter or pony perfume?

What if paint peeled onto walls and cracks gradually grew together?  What if Orion’s Belt really was one and no one knew how it got there.  What if buckles in the time warp continuum were where all the really cool discotheques were and you could find all those angels there dancing on the heads of pins laughing?

What if poems and photos actually spoke to us and when memories washed over us we came wet.  What if when we thought things through we ended up in another room?  What if we could no longer hide from our feelings and they found us?

What if Sephora was a Greek goddess and her crowning glory was her brain?  So what if Thor was gay.  And all Zeus really wanted was a good home cooked meal?  What if Jung was right and human life is the story of the gods wanting to be man?

How long will you be staying?  What if Oliver Cromwell ran a used car dealership or did you know our artichokes run across the backyard when we are not looking might be an ice breaker?  What if there really are only the happy few?

There is much to suggest it did rain roses upon St. Theresa’s death and visions of Jesus on pancakes are not all that uncommon.  What if the fruit came first and then the flowers?  Can we escape Raptures?  Prefer desire to consummation?  Be saved from sin by the gods?  I could be wrong…but I don’t think so.

Cecelia Belle lives in Sebastopol, California, with her partner, Markus Bennett, daughter Maggie and good friends nearby.  She was a psychotherapist and social service non-profit executive director for close to 30 years.  She edited the literary magazines at Sonoma State University and organized Sonoma County poetry reading series in the ‘70’s and ‘80’s and has been quietly writing for the past 35 years. 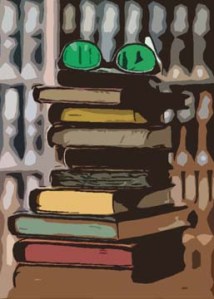