Both Bob Heman’s Disparate Works, The Moron Channel, 2022 and Joel Dailey’s  Get Smarter In 15 Minutes, Baked Alaska, 2022 continue the mimeo underground tradition of staple cover chapbooks by poets whose market (if it can be called that) is independent of conventional access and distribution and functions as networks of prole based lit put forward as urban legend surrealism and psychic cynicism.

Ulalume Gonzalez De Leon, Plagiarisms Vol. 1, introduction by Octavio Paz, —Plagiarisms Vol. 2, introduction by Mary Crow, translated by Terry Ehret, John Johnson, Nancy Morales, Sixteen Rivers Press, 2021, 2022
A great effort on the part of the translators in presenting the hip poetry of Gonzalez De Leon and a view into the contemporary poetry in turn of the century Mexico City as dual language editions so that the reader might become acquainted of one of three other languages of literature in North America.

Clifford Burke, 19 Small Songs, Academy of Accidental Art, 2022 The master has not lost his touch in the framing these 19 printer’s etudes, each one a testament to many years at the type case and meditations on metal cast language.

Greg Masters, It Wasn’t Supposed To Be Like This, Crony Books, 2021
Greg Masters made New York City his home, on the lower East Side, and presents his impressions of his turf in the form of a homely, at times nostalgic epic, as the poetry of everyday seen from the stoop or from the corner store, a poetry of neighborhood, unique in its candor.

Joe Safdie, The Oregon Trail, Spuyten Duyvil, 2021
Safdie’s poetry is a reminder that there are many of the post boomer generation of poets affected by the great tectonic shift of Don Allen’s New American poetry still around and engaged in the possibilities of that unique freedom of that modernism.

Roberto Bolaño, Cowboy Graves, Penguin Books, 2021,
—Monsieur Pain, Picador, 2011
—Romantic Dogs, New Directions, 2008
Roberto (if I may call him that) has attained the distinction of one of the few authors who bears multiple rereading as a poet who writes prose without losing his identity as a poet and whose poetry highlights the connection of late century Latin American poets via Octavio Paz and romance roots to the French surrealists.

Kent Johnson, Because of Poetry I have a Large House, Shearsman Books, 2020
Ron Silliman says Johnson’s poems are like “pit bulls” ready to sink their teeth into the pretentious flank of the all too pervasive poetry scene with a cloying ferocity.

Barbara Henning, Digigrams, United Artists Books, 2020
Henning’s Digigrams offer their succinct “dashed-off” observations like text messages sent in rapid succession in a dialogue of the world through which she navigates with preceptive thoughtfulness. 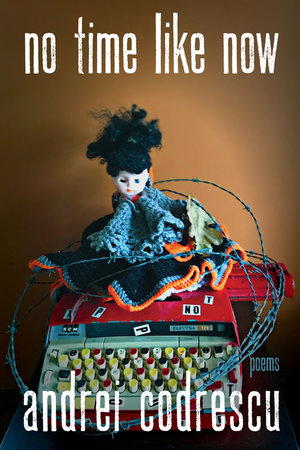 Andrei Codrescu, No Time Like Now, University of Pittsburg Press, 2019,
—The Art Of Forgetting, The Sheep Meadow Press, 2016
It might be easy to forget that Codrescu is a poet because of his vast and varied prolificity , but once you read his poems you’ll be surprised by any other conclusion with these poems of regard, self and otherwise, in the declension of the verb of life of a moral soul.

Lafcadio Hearn, Japanese Tales of Lafcadio Hearn, edited and introduced by Andrei Codrescu, Princeton University Press, 2019 Codrescu finds a soulmate in Hearn, the prolific and popular writer of the late 19th century who becomes an expat in Japan and is now remembered for his championing of Japanese folk tales. 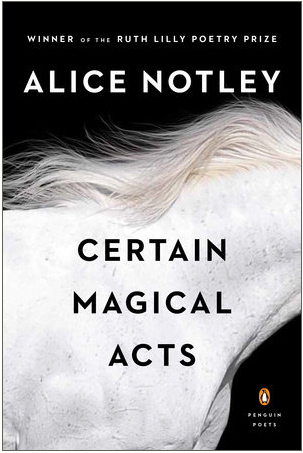 Alice Notley, Certain Magical Acts, Penguin Books, 2016
A used book store find, and familiar from multiple library loans, crackling with authentic spells and invocations, the lyric has not lost its whiplash epiphany. The portrayal of Pegasus’ mane says it all.

John Ashbery, Collected French Poetry Translations
—Collected French Prose Translations, Farrar, Straus, Giroux, 2014
Investments in literary capital are permissible especially when they’re remaindered. Ashbery is responsible for the renewed interest in Max Jacob and Reverdy among his generation of poets which extended its influence to subsequent generations. The prose volume features his most important discovery, Raymond Roussel, as well as Jarry, di Chirico, and Artaud.

Alex Katz, Brand New & Terrific, Alex Katz in the 50s, Colby College Museum of Art, 2015
Alex Katz is iconic in the splashy expressionism of the New York School and foreshadowed the trendy literalism of a younger generation of poets.

Robert Sund, Poems from the Ish River Country, Collected Poems & Translations, Shoemaker & Hoarde, 2004
Another important figure in the northwestern sensibility of that stretch of the Pacific Rim whose affected unaffectedness is nonetheless authentic and grounded in originality. A truly unique presence among the poets of the sunset lands

Allen Frost & Paul Piper, a flutter of birds passing through heaven,  A Robert Sund Tribute, Good Deed Rain, 2016
Tribute to an authentic bard and Nordic shaman in the mode of Asian poet scholar calligrapher painters, a long legged egret stalking through the reeds.

Vladimir Mayakovsky, How Are Verses Made? Grossman Publishers, Cape Editions, 1970
Library book sales rule: anything by the author of Clouds In Pants is a bargain.

Submitted to the Membership
by the Parole Officer
6/13/22